The governing body of Sacks Morasha Jewish Primary School is chaired by Zoë Silverman, with Simone Gershon and Chaja Green as vice-chairs, and is responsible for setting the direction of the school, including the approval of school policies and the appointment of staff. 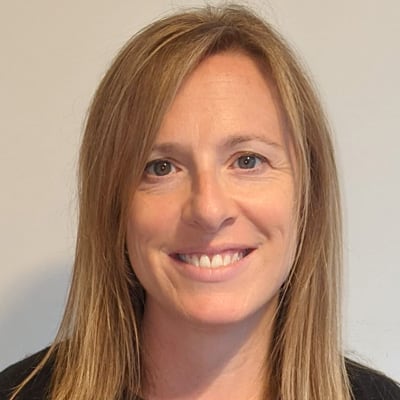 Zoë is an accomplished Architect with over 20 years’ experience in residential, education and commercial sectors. She leads a successful practice as a sole practitioner with expert local knowledge and planning credentials. In 2014 she led the conversion of a former Victorian school building into new premises for Sacks Morasha Jewish Primary School including creation of the school hall as a multi-use mezzanine space and sensitive modern additions to the historic building fabric, winning a Barnet Architecture award. She is now leading the second phase of development of the school building having obtained planning permission to include two additional classrooms. A former parent of three children at the school, Zoë was appointed Chair of Governors in November 2021. 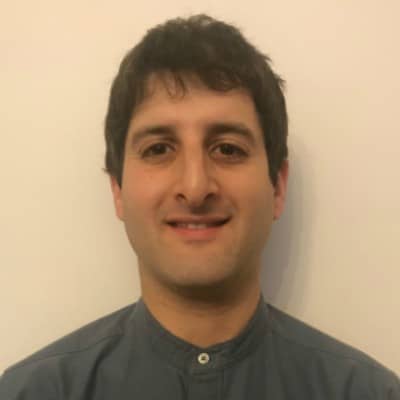 Scott was appointed parent governor in 2018. He was educated at Ilford Jewish Primary, City of London, and Barts and The London Dental School. He is married with three children. As well as working as a general dentist and running a dental clinic, he is a clinical director of an emergency dental company. For the past seven years he has been a trustee of Am Segula, a small charity preserving the cultural heritage of Baghdadi Jewry. 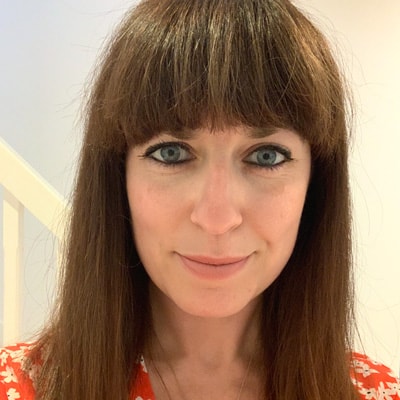 Elisa was elected Parent Governor in 2020 and has an enthusiasm and passion for teaching and learning at Sacks Morasha. She has a background in education, having done a PGCE in English at The Institute of Education, University College London. Her teaching career began at Park High School in Stanmore and continued at Immanuel College in Bushey, where she also had the opportunity to co-lead trips to Israel and Poland. Elisa is passionate about the role Jewish schools have in both providing excellent secular and religious education and also the important part they can play in strengthening communities. Elisa is married to Jonny and has three daughters, two of whom are current pupils of the school.

Daniel became Parent Governor in 2020 with a particular focus on security. In 2015, he became a volunteer with The Community Security Trust and is a security badge holder. Daniel attended Hasmonean Primary School and Immanuel College before completing his Bachelor of Science degree in Business Information Systems. He is a Director of a number of businesses with a keen interest in the property industry and motor finance industry. Daniel lives in Finchley with his wife Tanya and their three children. He has been a Sacks Morasha parent since the opening of our Stanhope Road site and has seen his eldest child graduate from the school with 2 more children currently attending. 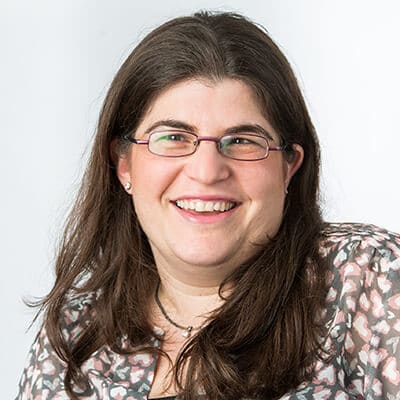 Simone has been involved in the Jewish Community from a young age. She was instrumental in setting up the youth centre at Hampstead Garden Suburb Synagogue and, whilst at university, chaired the umbrella committee overseeing Jewish student activities in the Greater Manchester area. Simone subsequently served on the executive of the Union of Jewish Students (UJS) as a fieldworker. She holds a Masters degree from the London School of Economics in Mathematics, Statistics and Operational Research and works at Pentland Brands. Simone was appointed to the Governing Body in 2008. She is married to Rob and they have three sons. 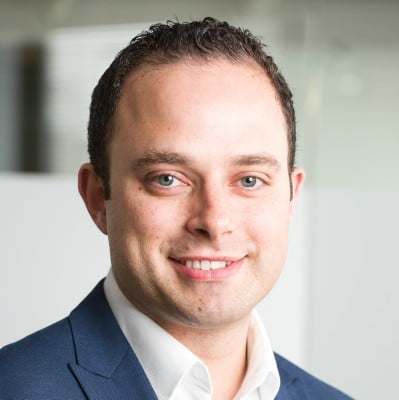 Elliot was appointed Foundation Governor in 2020 following a two year post as Parent Governor. He plays an active role in the site development of Sacks Morasha. He has an extensive career in the property industry, specialising in commercial lettings and investments in central London. He has been Co-Chairman of the Young UJIA Property Committee and held a position on the Young Norwood Property Committee. In 2015, he became a volunteer with The Community Security Trust and actively volunteers for GIFT. Elliot is married to Natasha and they have three children.

Chaja was born in Amsterdam and moved to London when she was young. She attended North West London Jewish Day School and Hasmonean High School before spending a gap year in Israel with Bnei Akiva. She has an undergraduate degree from Birmingham University and a Masters degree from Kings College London in Medical Ethics and Law. She currently works part time in the family textiles company and volunteers at both Chai Cancer Care and St Johns and Elizabeth’s Hospice. She is married and has four children, all of whom have attended Sacks Morasha. She was chair of the PTA for two years and became a governor in January 2019. 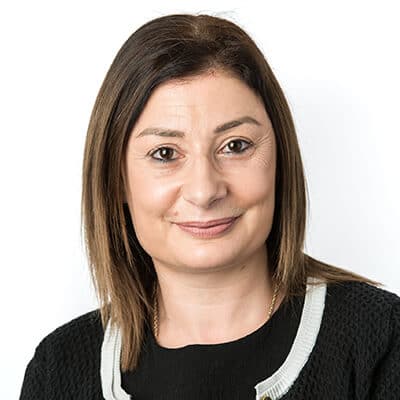 Hayley was originally a qualified solicitor in the City before changing career to teaching in 1999. She joined Sacks Morasha at its inception in 2008 and ran a successful, integrated Reception class, leading to an award of an outstanding Early Years in the school’s inaugural Ofsted. Mrs Gross was appointed our first Head Teacher in 2011 and oversees both Chol and Kodesh, ensuring high standards of teaching, attainment and progress across the entire curriculum. Mrs Gross has a hands-on approach to the school. She can often be found supporting teachers in the classroom and is very approachable to all pupils in the school. Mrs Gross takes pride in knowing all the children and ensuring that they thrive in all areas of school life, both academically and socially. 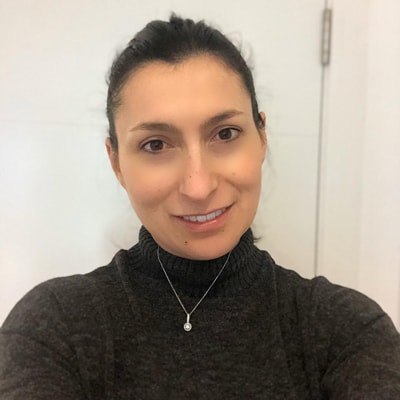 Luci was born and raised in Liverpool and attended King David school. Having grown up in the provinces Luci acknowledges the importance and value of supporting and building a community and has always been an active participant in local Jewish youth movements and charities.

Luci was appointed Communications Governor in 2019 having spent the previous 2 years as co-chair of Sacks Morasha PTA. With a background in marketing and communications, as well as great passion for the ethos and future of the school, she takes on the role with great enthusiasm. Luci holds a degree in Public Relations and French, is married and has 4 sons, 3 of whom are current pupils of the school. 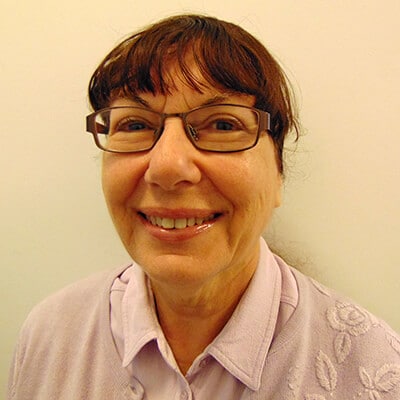 Irene’s background is a varied one, with experience after university in legal work of Human Rights NGOs, a break looking after her family, and then a complete change of direction, working with her husband in their business. She was a governor of a primary school in Haringey, Chair of the Classes of Muswell Hill United Synagogue, the Synagogue’s first woman Vice Chair, and is a Governor of a Special School in Tottenham, North London. Irene was a magistrate for many years, latterly specialising in the Family Courts, enabling her to gain a further insight into the problems and challenges faced by children and parents. She lives in Finchley, has two children, both grown-up, and six grandchildren. Irene was appointed as our LEA governor in 2017. 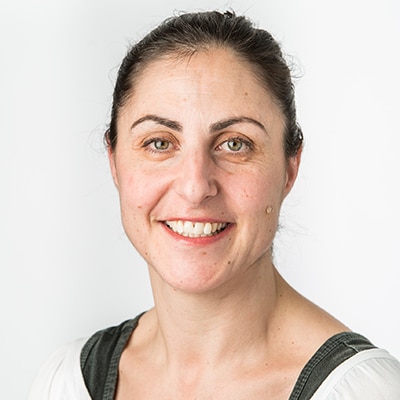 Tami worked in the electronics manufacturing industry for 15 years before re-training as a teacher in 2013, when she achieved her PGCE Primary course with commendation at the University of Hertfordshire. Tami completed her NQT at Sacks Morasha and has been a teacher at the school for eight years. She has taught across both key stages and in EYFS. She recently became a Staff Governor in the latter part of the summer term 2021. She is a devoted member of the teaching staff and is committed to the attainment, progression and wellbeing of the children at the school.

Tami is married to James, who volunteers with the Community Security Trust in his spare time. They have two children, Josh and Arella.

Governors' interests and attendance at meetings

Details of each member of Sacks Morasha's current governing body, including information about their pecuniary and other personal interests, and attendance at meetings.

Chief Rabbi Ephraim Mirvis is the eleventh Chief Rabbi of the United Hebrew Congregations of the Commonwealth since the office was introduced in 1704. Chief Rabbi Mirvis was installed in September 2013, succeeding Lord Sacks. Born into a rabbinic family in South Africa, Chief Rabbi Mirvis has held educational and community positions in Israel, Ireland and the UK, as Rabbi of the Dublin Hebrew Congregation, Chief Rabbi of Ireland and Senior Rabbi at Finchley United Synagogue (known as Kinloss), where he founded pioneering education projects such as the Kinloss Learning Centre (KLC). Chief Rabbi Mirvis has served as the President of the Irish Council of Christians and Jews (CCJ), and was the first United Synagogue rabbi to host an address by an imam, Dr. Mohammed Essam El-Din Fahim, in his synagogue. He has also led a delegation of members of his community to the Finchley Mosque. In 2012 Chief Rabbi Mirvis appointed the United Kingdom’s first female halachic adviser (Yo’etzet Halacha) at Finchley Synagogue. Chief Rabbi Mirvis has now assumed the role of Associate President of the Conference of European Rabbis, and has previously been a member of the steering committee of the Conference of European Rabbis. He was appointed to the Chief Rabbi’s Cabinet in 1996 and was Chairman of the Rabbinical Council of the United Synagogue. Chief Rabbi Mirvis is married to Valerie, a local authority senior social worker who now works in adoption. Chief Rabbi and Mrs Mirvis’s eldest child, Liora Graham, passed away in 2011, following a long battle with cancer. They have four sons, a son-in-law, two daughters-in-law and seven grandchildren.

Rabbi Lawrence is the Senior Rabbi at Finchley United Synagogue (Kinloss), London. He has an MA (Hons) in Jurisprudence from St Catherine’s College, Oxford University. After university he served for three years as the National Executive Director of the Association of Jewish Sixth Formers. He qualified as a rabbi in Jerusalem, attending Yeshivath Knesseth Beth Eliezer and Yeshivat Hamivtar on a Stanley Kalms Fellowship, and underwent training for Diaspora rabbis. Rabbi Lawrence served for two years as Deputy Head of Jewish Studies at Carmel College boarding school, was Senior Rabbi of the Auckland Hebrew Congregation and most recently was the Chief Minister of The Great Synagogue, Sydney. He is also a qualified Disaster Relief Chaplain and is active in interfaith dialogue at national and international levels. He is a regular lecturer at Limmud and LimmudOz. Rabbi Lawrence is married to Mandy, who has a postgraduate qualification in health psychology and great experience in informal education. They have four children.